Top Islands To Visit In The Philippines
Interning Abroad

Top Islands To Visit In The Philippines

World-class surfing, diving, over 7,000-plus breathtaking islands to visit. What more do you want? The Philippines is a destination that is yet to be properly discovered, and that you shouldn’t shy away from.

If you can’t make up your mind on which one of those idyllic islands to visit, here is a guide to 10 of the 10 most beautiful islands: 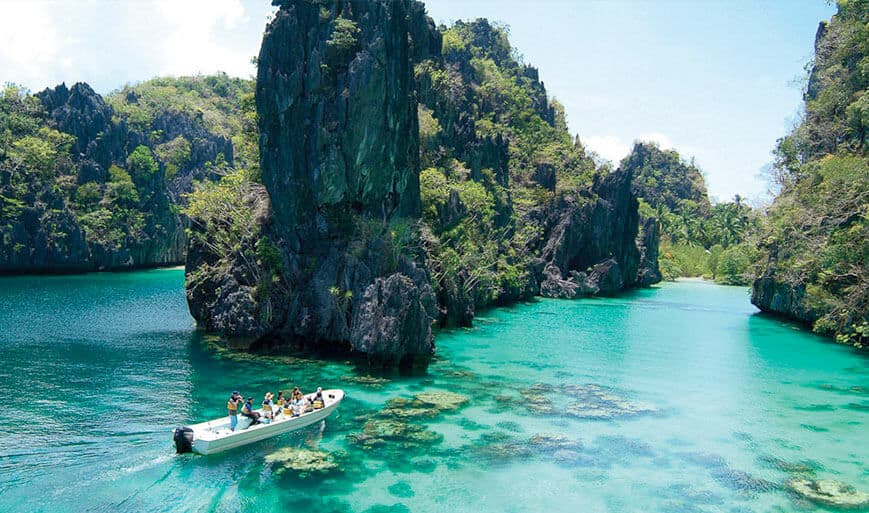 This jungle beach town on the northern tip of Palawan hasn’t changed much since before Spanish colonization and has been cited as Alex Garland’s The Beach. Explore the many islets of the nearby Bacuit archipelago on a boat-hopping tour, where the water so clear you can see the fish darting in between coral at 15 meters deep. Prices range from around £17-£20 per day for a tour and that usually includes lunch. There is grilled seafood is in abundance across the island.

Palawan was one of the islands in the path of Typhoon Haiyan, however, it was only the city of Coron and the nearby island communities that were hit. El Nido has not suffered any damage and the surrounding coral reefs are intact, with only very shallow ones sustaining damage.

For a beachfront living, Rainforest Beach Hotel offers rooms from £31 per night in high season. For a high-quality budget option, try Residencia Katrina, five minutes from the beach (from £21 per night).

Local airlines fly directly to Palawan’s capital, Puerto Princesa. From the city’s main bus terminal, you can take a seven-hour Roll-On Roll-Off (RORO) bus to El Nido for £7, one way.

It has 12 beaches, the most popular being White beach and Bulabog. The island is divided up into “boat stations”, which are used reference points. Station One in the north is known for its high-end resorts and tranquillity; station two is the liveliest part, and station three is where all the budget accommodation can be found. While many locals look back longingly at good old days in the 70s before the hotels and restaurants started springing up, Boracay is still a Phuket in its infancy.

There was some storm damage to the island. Electricity still remains a problem for many parts of the island, but most hotels are up and running with generators.

Frendz Resort Boracay has one of the best beach locations out of all the midrange options (£50 for a beachside bungalow, sleeping four). Nigi Nigi Nu Noos has Balinese-style bamboo cottages furnished with handicrafts and wooden sculptures. Rooms are £70 per night.

You can fly directly from Manila for around $200 USD. 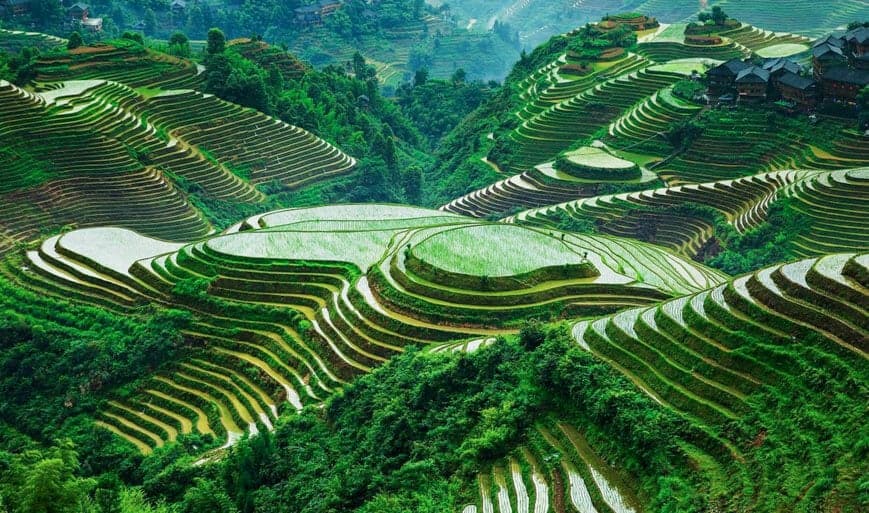 North Luzon, the biggest island of the Philippines, is a land of misty mountains, where pines replace palm trees. Head to Banaue and Batad to admire the 2,000-year-old rice terraces etched along plunging ravines. The 20,000km UNESCO-listed terraces still provide a livelihood for the various tribal groups that continue to live in relative isolation in the mountains. Treks along the rice terraces to various villages and waterfalls can be organized through the Banaue Tourist Information Center. Expect to pay around £10 for a guide for a whole day.

If you want to wake up to a view of the famous rice terraces, head to Batad, where a number of low-cost, basic guesthouses line the mountains. Try Ramon’s Homestay, where the owners are a great source of information about the local culture. It’s £2.80 for a regular room or £3.50 to stay in a traditional Ifugao (local tribe) hut.

North Luzon is best reached by bus, but be prepared for a long journey. Buses leave regularly from Manila and take nine hours to get to Banaue, costing £7. Located just off Cebu, Bohol’s most famous attraction is the surreal Chocolate Hills: over 1,500 mounds formed by coral deposits sculpted by millennia of erosion. Depending on the season, they will either be green or brown. The island’s famous resident is the camera-shy tarsier, the world’s smallest monkey. Visit them in their protected enclosure at the Philippines Tarsier Foundation.

Don’t visit them in the cages kept along the river; they are mistreated and don’t live long there. Either hire a motorbike or book a tour from a local company, such as Bohol Travel Tours, for around £35 with car, guide, and lunch.

In October this year, the island suffered from a 7.2-magnitude earthquake, destroying many houses. Two weeks afterward, Bohol was back on its feet, bringing in tourists as normal. The island was also hit by Typhoon Haiyan, but sustained little damage to its infrastructure. Tour operators and hotels remain fully open. The main issue being tackled by the island’s authority is the limited power supply, which is slowly but surely getting fixed.

Alumbung Bohol is a comfortable resort of beachside bungalows on popular Panglao island (from £20 per night). For something different head to Bohol Bee Farm , an organic vegetable and bee farm with rooms on Panglao, from £28 to £70 per person.

Local airlines, including Cebu Pacific, fly to Tagbilaran airport from Manila, or you can catch a two-hour ferry from Cebu to Bohol (£7, one way).

Facing the Pacific Ocean, just north of the island of Mindanao, is Siargao, one of the Philippines’ surf centres. The town sees a steady stream of dedicated surfers who arrive to challenge themselves on the island’s famous Cloud 9 reef break. The small beachside town hosts a number of international surfing competition, which make it a busy during surf season, but completely dead when the waves are down.

Novices can hire trainers, who you can find on the beach, for around £7 per hour, or you can book a package from a surf hotel, such as Kermit Surf Resort , which has a package for £394 per person per week, including accommodation, transfers and one-to-one surf lessons.

The no-frills, £5-a-night Bamboo Garden is popular among backpackers. Surfers tend to stay in Kermit Surf Resort (bungalows are £11 per night).

There are direct flights to Siargao Island. Siargao airport is 45 minutes away from General Luna, the location of the popular Cloud 9 beach. 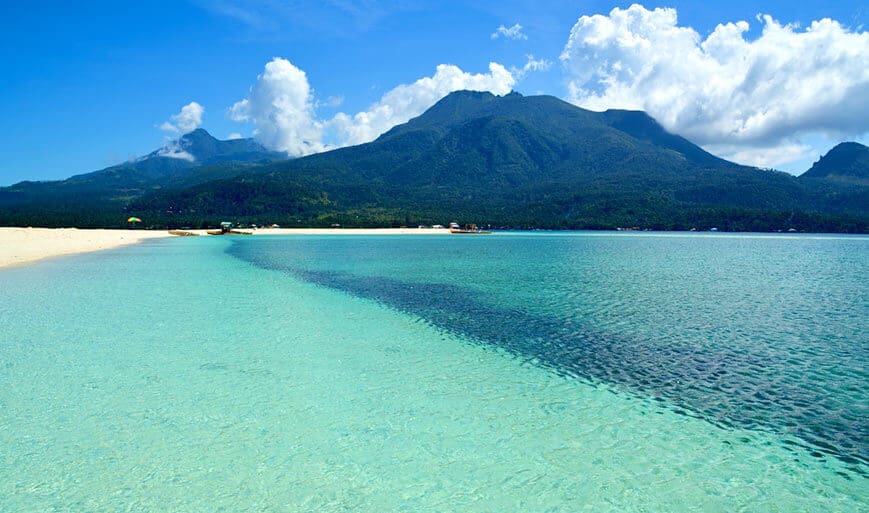 This pear-shaped volcanic island, just off the northern tip of Mindanao, is often bypassed because of various Islamist uprisings that have been reported on Mindanao. However, Camiguin itself has never had any incidents and those who make the effort to travel there are rewarded with an island barely touched by tourism.

For such a small landmass, this tiny island packs quite a punch, its 29,187 hectares including seven volcanoes. It also offers good diving through an eerie sunken cemetery, waterfalls, a lagoon, and hot and cold springs. All of these can be reached easily by foot, or hire a motorbike (£11 a day with a driver,£7 without).

If you want to splurge, go to Bahay Bakasyunan sa Camiguin for £50 per night. If you are on a budget, try the Enigmata Tree House homestay at £15 per night (minimum of two people).

The easiest way is to book a flight from Cebu, via Cebu Pacific Air, then take an 11-hour ferry to the island for (£2.30). 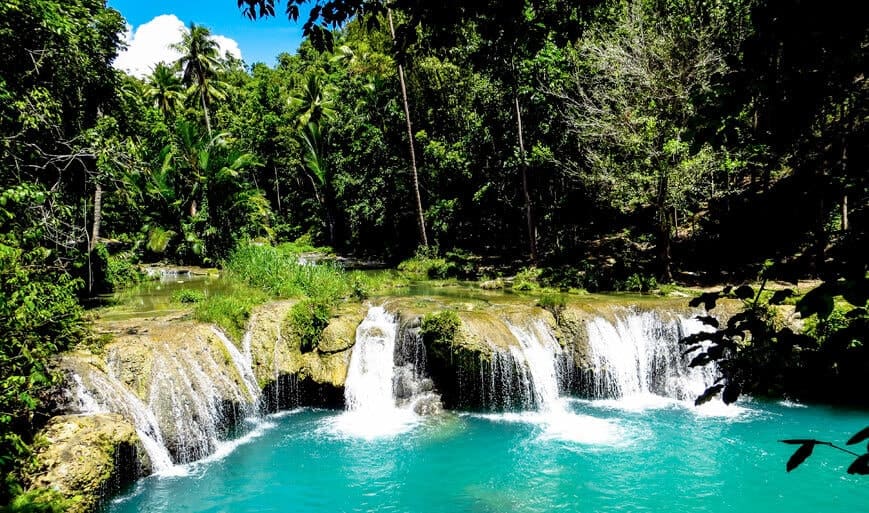 The magical Siquijor is both feared and revered by locals. It’s the place to go, if you’re looking for a boroboro, or witch doctor. The Provincial Tourism Department has a list of “official healers”, or just ask any local and they’ll be able to point you in the right direction.

You’ll need to rent a tricycle (a local motor taxi) for around £14 for half a day, as most of the healers live high in the mountains. These witch doctors or healers welcome paying visitors – but be polite and respectful as it is an age-old tradition that is widely believed by locals. Away from all the magic, it’s also a beautiful island for relaxing, snorkelling and diving.

If you want to splurge, go to Bahay Bakasyunan sa Camiguin for £50 per night. If you are on a budget, try the Enigmata Tree House homestay at £15 per night (minimum of two people).

The easiest way is to book a flight from Cebu, via Cebu Pacific Air, then take an 11-hour ferry to the island for (£2.30). 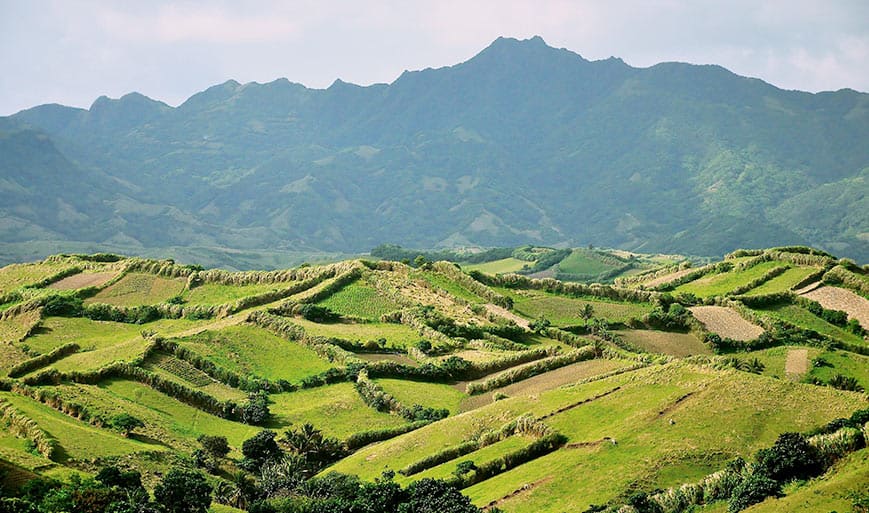 The Batanes Islands are found on the very northern tip of the Philippines archipelago, a land of gently sloping hills, thatched roof houses and locals who wear traditional straw hats. With weather reminiscent of drizzly British summers, locals visit the islands for some respite from the tropical heat, while tourists travel here for a completely different island experience from the rest of the Philippines. To get around, rent a bicycle or book a tour with a company, such as Batanes Travel and Tours , which charges £211 for a three-day trip including accommodation, transport and guide.

There are direct flights from Manila to Batanes, but being at the very tip of the country it’s one of the more expensive islands to reach. Flights are often cancelled during bad weather.

Why the Philippines Should Top Your Travel Plans

How to (Almost) Enjoy 8+ Hours in a Plane 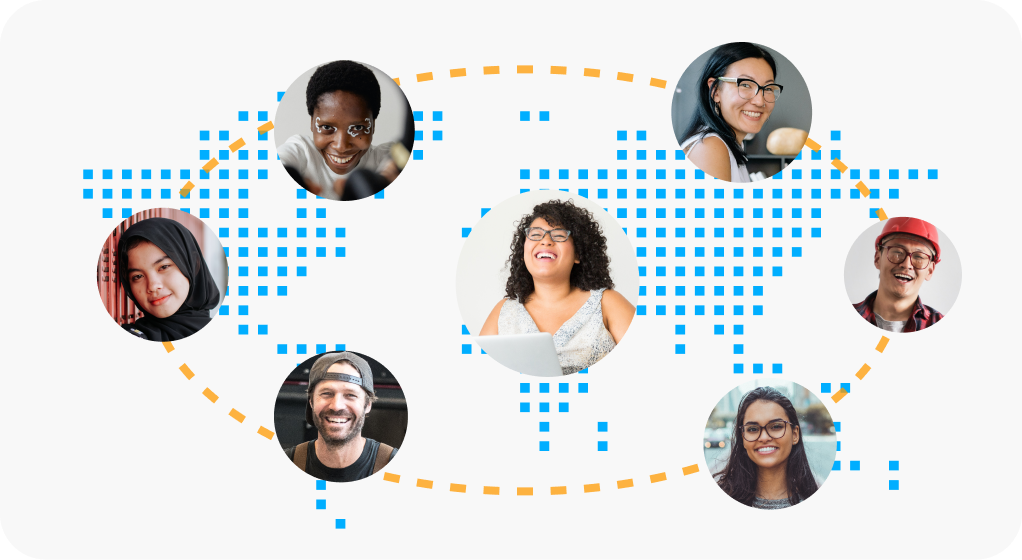